The Taunton Deane MP Rebecca Pow has joined the Department for Environment, Food and Rural Affairs (Defra), following the former Resources and Waste Minister Therese Coffey’s move to the DWP this week.

In other changes confirmed yesterday evening, Zac Goldsmith has been promoted to Minister of State within the Department, having only joined in July. The promotion will see Mr Goldsmith join Cabinet meetings alongside other senior ministers. Ms Pow’s new role in Defra is shared with the Department for International Development and is currently listed as covering animal welfare, marine, biodiversity and environment, domestic forestry, international forestry. This is a similar brief to that previously held by Mr Goldsmith.

The new minister will be known to many in the waste policy arena given her background as a former parliamentary private secretary to Defra, as well as having served as chair of the Defra Backbench Committee and having sat on the Environmental Audit Select Committee.

Prior to politics she had worked as a journalist specialising in the environment farming and gardening. Most recently she served as a Parliamentary Under Secretary of State at the Department for Digital, Culture, Media and Sport.

Ahead of the local government elections last year, Ms Pow spoke to letsrecycle.com about the Conservative Party’s vision on improving recycling in the UK, covering topics such as local authority partnerships, recycling consistency and reducing plastic waste (see letsrecycle.com story). 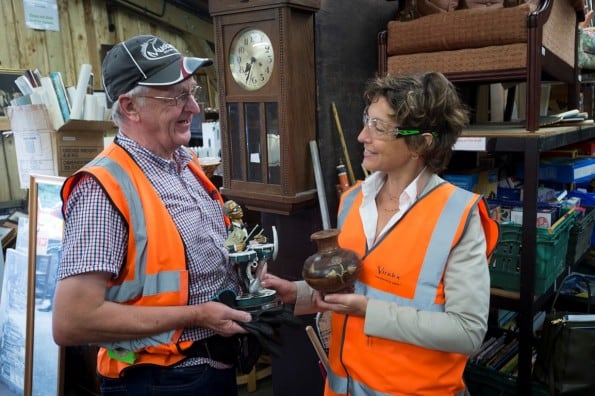 On recycling collections and consistency, she said: “The material must be good quality and sorted correctly and at the moment we have a myriad of different systems from local authorities, who are working hard.

“However, those which are most effective are those which work together with another district to benefit from greater economies of scale. I think in the future more should go down that road, to help collect more of the right material.”

Commenting on Ms Pow’s appointment, Paul Vanston, chief executive of the Industry Council for Packaging and the Environment (INCPEN), said: “I welcome the Prime Minister’s appointment of Rebecca Pow to the Defra team. Rebecca has advocated strongly for environmental issues for a long time. Should she receive the ministerial portfolio including resources and waste, I’m confident there need be no let-up in delivering on the very extensive groundwork laid by Michael Gove and Therese Coffey.”

The appointment brings the Defra ministerial team back up to five ministers, headed up by Environment Secretary Theresa Villiers, and also including minister of state George Eustice, and Lord Gardiner of Kimble, who is the Defra representative in the House of Lords.

As yet, no minister has been assigned the waste and resources brief that had been vacated by Dr Coffey. This is likely to be of concern to many in the sector, who have called for continuity on policy work, despite personnel changes in the Department. Full portfolios are to be confirmed in the coming days, a spokesman for the Deparment said.

Speaking earlier this week following Dr Coffey’s departure from Defra, Lee Marshall, chief executive of the Local Authority Recycling Advisory Committee (LARAC) called for a swift announcement on who will take up the minister’s vacant portfolio.

“We wait to see who will become the new minister will be but with this latest move coming after Michael Gove moved on it may cause a slowdown in the pace of policy development.”

He said: “We wait to see who will become the new minister will be but with this latest move coming after Michael Gove moved on it may cause a slowdown in the pace of policy development.

“That would be a shame after the impetus we have had in the past two years so we hope that momentum can be maintained.”

A spokesperson for the Environmental Services Association (ESA) echoed these concerns over the potential disruption in progress on the strategy.

They said: “A change of Minister in charge of the Resources and Waste Strategy at this point in time is of course unfortunate, not least since Therese Coffey knows the sector well.

“The critical thing is not to lose momentum and ensure Defra is able to take decisions on the next steps.”